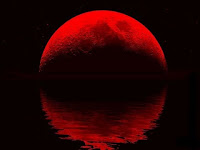 With government policy encouraging social distancing and self-isolation in face of the Corona Crisis, we need to consider the possible consequences of this enforced separation. Feeling cooped-up has a severe effect on mental health. Experiences of solitary confinement in prisons, and cabin fever on ships, are well-known, and the psychological effects established.

For our society as well as individuals, this could lead to a deep trauma, which might take years to recover from. How long will our initial goodwill last, when the stress and strain of loneliness or family tension, take their toll? Someone commented to me this week, that rather than ‘isolation’, they were experiencing ‘oscillation’ – a rapid switch between optimism and pessimism, as they veered between hope and despair.

This is the crisis of our age. It follows on the genocidal wars in Bosnia and Rwanda, 9/11, the 2008 recession, and global heating – a perfect storm for the Twenty-first Century. Perhaps relevantly to our moment, some early Twentieth Century theologians developed ‘Crisis Theology’, which attempted to address the issues arising from two world wars, the ’29 Great Depression, and the rise of totalitarian ideologies, Communism and Fascism. Analysing the weakness of liberal theology’s naïve belief in progress, thinkers like Barth, Tillich and Bonhoeffer, offered a radical alternative which rejected the west’s humanistic optimism.

We need a similar intellectual movement today: to conceive the gospel as an alternative to the facile dreams of a consumeristic, humanistic, naturalistic, globalised culture. To this degree, Christianity embodies a dualistic contrast between the ‘world’ and ‘not-the-world’. But the situation also requires that we flesh this out in practical actions, to incarnate an alternative way of life.

As society atomises even further, the need for ‘bridging capital’ becomes more urgent. Theorists suggest there are two kinds of social capital: Bonding and Bridging Capital. The former links people and groups who are similar to each other. The latter connects those who are different, and perhaps even ideologically opposed to each other. When we rebuild civil society after the emergency, the church will have an important part to play in this process.

But we need to begin now, in the midst of the crisis. This means we must challenge our natural tendency to hunker down and protect only me and mine. This might involve putting cards around our block of flats offering to help people, or volunteering with local schemes to help vulnerable individuals. We could phone people, connect through social media or online communication, with those who are alone.

Those in the Free Church tradition (Baptists, Methodists, Pentecostals, Independents) have typically run their congregations according to the ‘gathered church’ model, gathering together the committed, rather than the parish model, which necessarily includes everyone in the geographical locality, believers or not. However, missional strategists have long recommended we consider the ‘dispersed church’ – that we are still church, and can practice mission, when, or especially where we work, study or live.

This present context gives us a perfect, even extreme, opportunity to put this into practice.
at March 23, 2020

Ministry in this Viral Spring 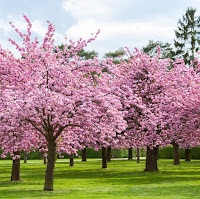 steve latham
I am Senior Pastor at The Kings Cross Baptist Church (KCBC) in London UK. This blog is an attempt to reflect on faith, ideas, society and culture - I make no great claims to originality or quality.